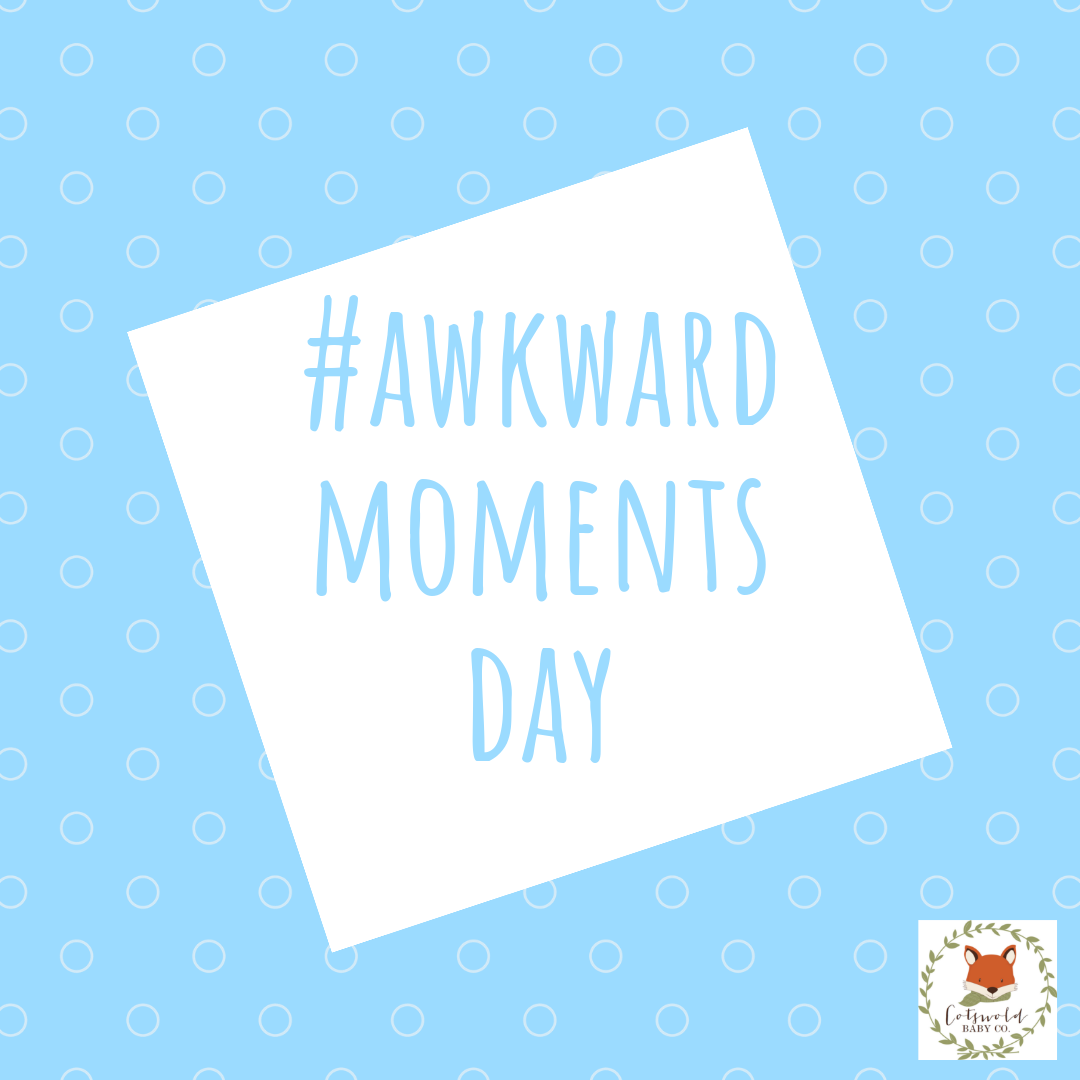 We’ve all been there, be it screaming toddlers in the frozen aisle at the supermarket, exposed nipples during fatigued breast-feeding or children asking those oh so awkward questions at the most inappropriate of times … being parents brings plenty of awkward moments to our daily lives!

As it’s #awkwardmoments day, we thought we’d  bring some humour to Monday and share some of our most awkward of awkward, squirm in your seats moments so far!

1. Impromptu Mama vomit in the middle of the Capital of the Cotswolds

It was Farmer’s Market day and the centre of Cirencester was bustling with busy shoppers. My little cub had just reached double digits in weeks and we were out with a friend for a stroll and a spot of shopping when suddenly, Mama got that awful queasy feeling … I was going to be sick. There was no time to find a loo or discreet corner, instead I passed my little cub to my friend and vomited right in the most public part of our lovely town. Oh the shame!

As a first time Mama, I literally signed up to every baby class going at the earliest opportunity in a bid to get out of the new-born fog. This included swimming and at the tender age of 8 weeks, my little cub and I ventured to our first swimming lesson, completely unprepared.

My Mum had kindly leant me a swimsuit in the next size up and not giving it too much thought, I bundled it into our swimming bag, (rather small suitcase) along with all the other ‘stuff’ we required for our half hour splash. It was only when we got to the pool and I was half-way through squashing my postpartum body into said costume that I realised it may be a bit on the small side to cope with my new ma-hoosive bosoms.

I can honestly say mine was the most unenthusiastic rendition of ‘Grand Old Duke of York’ in the history of the song, as I tried to keep my boobs contained within the lycra!

Let me set the scene; we were exhibiting at a baby show late last year and I was in that heavy-carb craving stage of first trimester pregnancy and literally dreaming of devouring a pasty in one bite, combined with whether it would be possible to take a quick nap in the store room. You get my state of mind.

Anyway, we were speaking to lots of lovely customers and hearing all about their upcoming births and discussing newborn outfits  and which of our cute blankets they should choose. ‘When are you due?’ I asked asked a lady looking at our collection of babygrows. To my horror I then noticed her cute little cub peering out of the pushchair next to her and that she clearly was NOT pregnant. Oh the horror – there was no recovering from that, just a wish-the-floor-would-swallow-me-up five minutes! 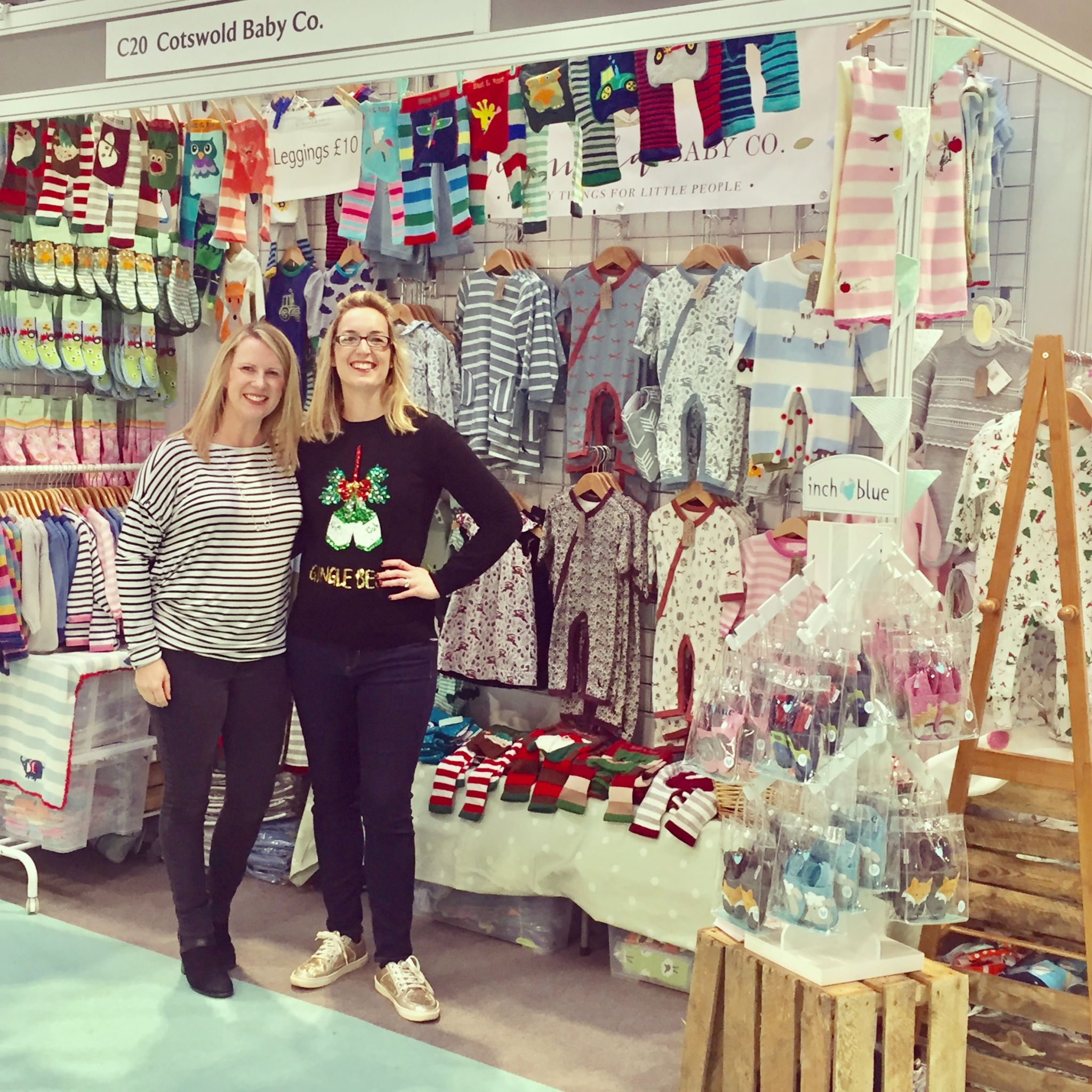 We were making the most of maternity leave and had joined Dadda on a business trip to Canada. We were taking an internal flight and as anyone knows, trying to change a wriggly baby’s nappy in that confined little space leaves you puffing and at the very least with a sweaty top lip.

Our little cub was going through nappies like there was no tomorrow and as the flight was half-full, we thought we’d make use of the spare seat next to us and change his wet nappy there.

‘Er, excuse me Sir but you’re contravening our policy. Nappies should only be changed in the designated bathrooms‘ came the VERY loud voice of the Air Steward. Cue lots of heads turning with looks of disgust at these clearly rogue parents!

It was during those early new-born days when days have blurred into nights and you’re in a bit of a state of sleep-deprived shock. I’d been feeding my little cub on and off for most of the duration of Lorraine and Homes Under the Hammer and were half-way through This Morning when the door-bell rang. I jumped (stumbled) off the sofa and answered the door to our trusty Postie who gave me a stranger look than normal as he handed me our post. It was only when I closed the door that I glanced down and realised my right nipple hadn’t been strapped back into my bra and was there for all to see!

Last Christmas, we thought we would take our little cub to the magical Christmas Markets and visit some friends in Germany. Our little boy was approaching two-nager territory and starting to assert his opinion and disgust at his parents in a very vocal manner, (alongside being extremely cute which is an emotional roller-coaster!).

After the 7th time on the Carousel, (with Mummy getting dizzy and Daddy clear out of Euros) we suggested it was time to move onto something else. By the vocal outburst and screaming that ensued, it was clear that we had ruined our little boy’s night.

In a bid to calm him down and do some damage limitation, I took him off to a quiet corner of the market. He was clearly very upset and was shouting his new-found phrase, ‘move back!’ when some well-meaning German ladies approached us and asked if the child was lost. Awkwardly I had to explain that no, I was actually his Mummy and he was just a little upset as we’d ruined his life by not letting him live on the carousel! Very awkward :)! 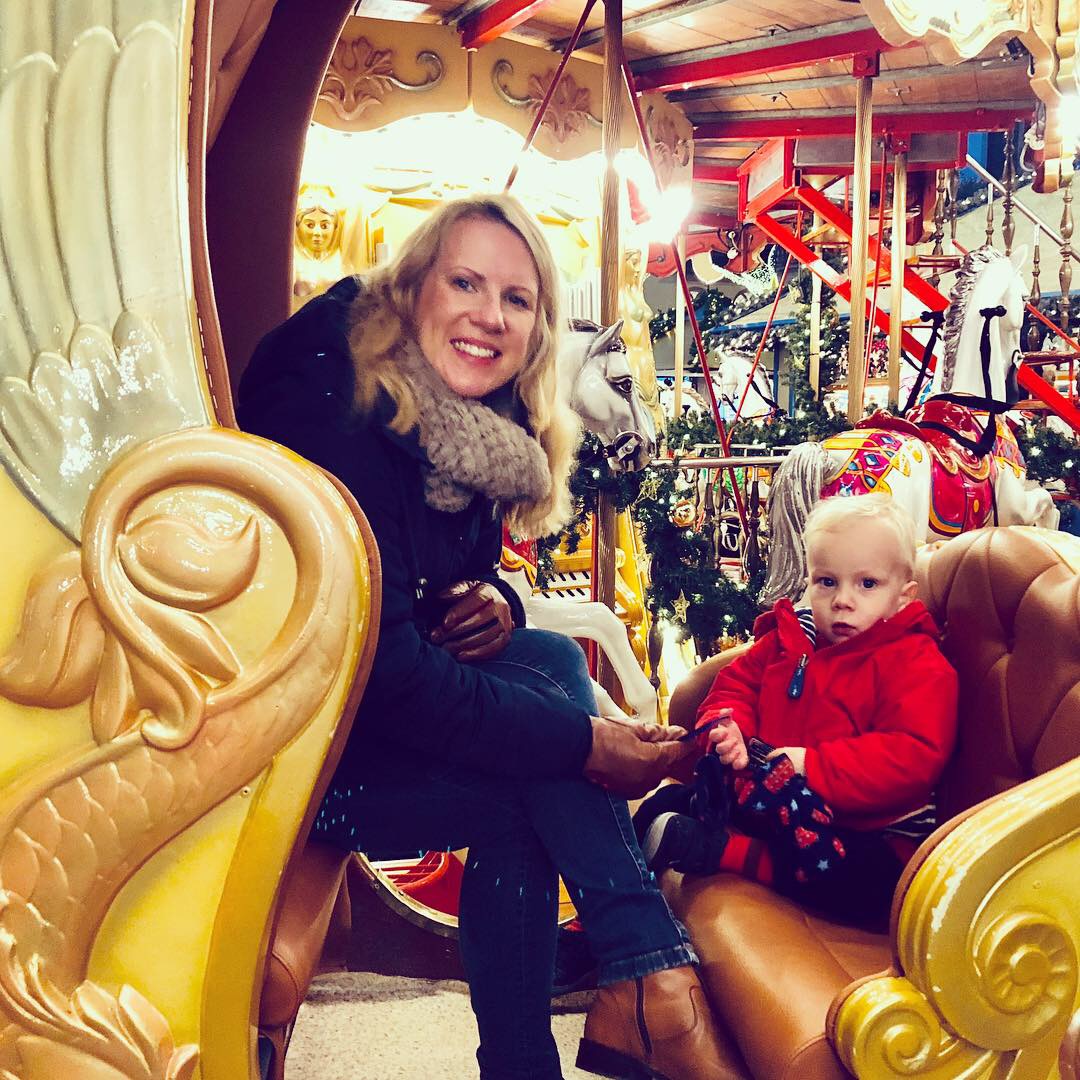 Mama & Little Cub on the carousel of dreams

We hope you’ve had a laugh at our #awkwardmoments – we’d love to hear yours too!